The Monetary Authority of Singapore’s latest intervention in the property market will help two groups of people. First, those with an existing property loan for the home they live in; and, second, people with an existing investment property loan. The fine-tuning of the Total Debt Servicing Ratio (TDSR) rules will make it easier for such borrowers to refinance their mortgages and pay off their debts at lower interest rates. The move should help nudge the market in the right direction. This is to improve access to property ownership without fuelling an investment frenzy that could turn into a property bubble which affects the wider economy.

The MAS’ insistence that the measure does not represent a relaxation of cooling measures reflects the need to stabilise the property market in the long term, and to also iron out policy inflexibility along the way. The introduction of the TDSR framework in June 2013 was, and remains, a part of that larger goal.

The latest tweak will benefit just a small minority of borrowers since only about 2.5 per cent of new home loans are above the TDSR threshold now. Yet, the move will assuage the concerns of borrowers who were unable to refinance their residential properties to take advantage of the low interest rate environment. It would have been wrong to tie their hands with the original TDSR as they would end up paying more in interest.

As the authorities finesse policies on housing investment, investors should look within. Ideally, they would do so even without regulations such as the TDSR. The TDSR rule checks runaway expectations by stipulating that borrowers cannot take on total debt obligations exceeding 60 per cent of their gross monthly income. Those obligations cover monthly repayments for all debts: mortgage, credit cards, car loans, personal loans, and so on. The 60 per cent represents a ballpark figure meant to guard against endemic indebtedness where people live habitually beyond their means.

Unfortunately, the signs are not good. A report earlier this year revealed that Singapore has the third-highest proportion of investors in debt among eight Asian markets polled in a survey. While daily living expenses, such as food, utilities and transport were the top contributor to debt, these necessities were followed by discretionary expenses on clothes, entertainment, travel and such. On that spectrum, home ownership must constitute a necessity, but property investment beyond that must be viewed as a discretion. Admittedly, the property market can and does offer returns way beyond that earned by money parked in bank accounts. However, Singaporeans must remind themselves that what they own on loan does not belong to them till they have cleared their debts. No regulation is better than self-regulation, especially in the property field.
Source: Straits Times 13 Sept 2016 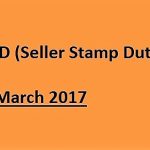 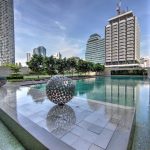